getCurrentUser not called on serverless deploy

Our redwood project uses a custom authentication mechanism using bearer tokens. The project is deployed on AWS Lambda through a serverless deploy.

Any way we can debug this to resolve this issue? Not sure if we’re missing anything

Hi @rushil - have you tried 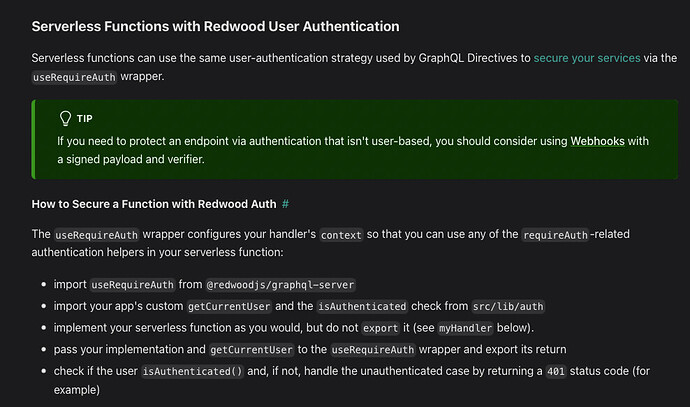 This approach will allow you to get the current user …

@dthyresson : yep, we had already tried that. We finally just got it working and turns out it had something to do with auth-provider header being in lower case. We initially had the first letters capitalized.

Fixed now, problem solved. Thanks so much for pointing us in the right direction. Much appreciated!