I’ve been exploring contributing to some open issues and have run into a bit of an issue related to the generated test project’s auth and users.

I’ve generated the test project via yarn build:test-project and it completed fine. However if one tries to go through the auth signup process it fails because it appears a user needs a fullName which isn’t a field provided via the default auth scaffold.

which somewhat confirms my issue around the default auth not containing enough fields to generate the default users.

Is this known/expected? Has anyone else run into this issue? It would seem easier for developers to be able to easily go through the default scaffolded auth without adding in new fields and such?

The test project includes the auth pages already, and the signup page has a Full Name input: 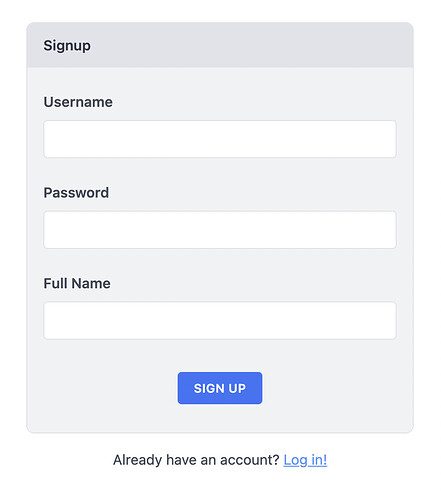 Are you re-generating the login/signup pages and --force overriding the ones that are already there?

Woops. Yeah you’re right I had accidentally done that, silly me. Thanks.