On the Getting Dynamic section of the tutorial it seems I should be getting some styling applied after the pages are scaffolded. I’m not.

I can see in the PostsLayout.js file there is the rw-scaffold className and the scaffold.css file is in web/src, but it isn’t getting loaded when spinning the site up.

Any ideas? Where should that be happening?

After running the scaffold command you there are two things that happen for those styles:

Interesting, could you tell us a bit about your dev-environment?

The one glitch i did run into during the tutorial was the first scaffolding for Posts. It failed a couple times. Then a note i saw on here that said to:

and then the scaffolding worked. Not sure yet if that had anything to do with the CSS bit, but possibly.

I’m going to do a fresh run-through and see if it happens again.

Yeah let us know the outcome of that. We released a patch recently that would prevent the file itself, scaffold.css, from being created if it already existed, but I don’t think we messed with the code that adds the import.

I wasn’t able to reproduce this. I started with a brand new app with yarn create redwood-app example and then adding a super simple Usermodel:

I have both the scaffold.css file and the import statement: 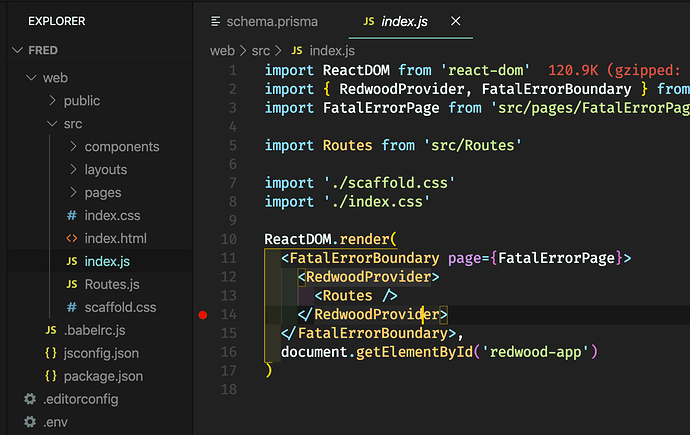