We had a lot of fun at yesterday’s RedwoodJS Meetup! Thank you to everyone who joined, participated, and presented (all 15 of you

). We learned how to get started and use new features, met many people building products and startups, and discussed the road from here to the final 1.0.0 release. In order of presentation, here’s everything that happened:

In case you missed it, here’s a “sponsor” highlight from the first ever Redwood Quiz Show: 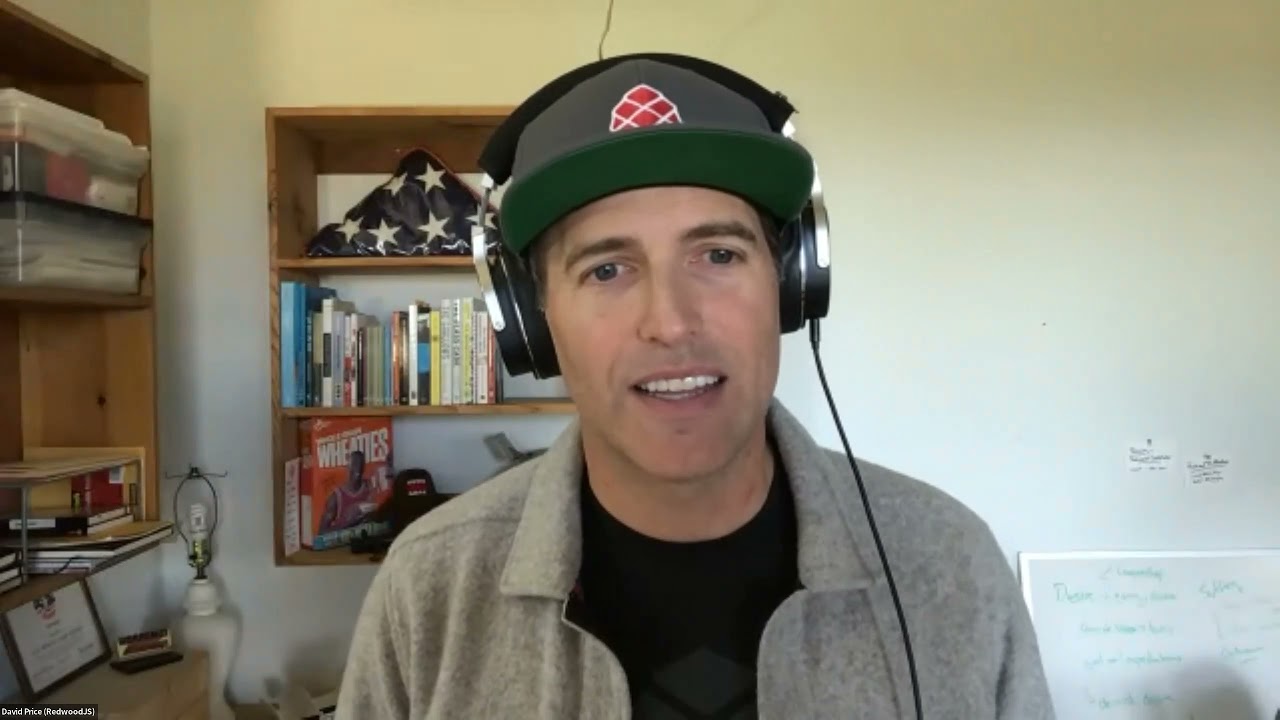 Topic Recaps with Links and Slides

Tom gave an update about reaching the v1-rc milestone and what to expect from now until 1.0.0:

What the 1.0 Release Candidate phase means (and when 1.0 will drop) Announcements

Now that the first Redwood 1.0 release candidate has dropped, I’d like to take a moment to spell out what that means and when a final v1.0.0 might be released. Our goal with version 1.0 is to present you with a truly production-ready, well-tested, fully-integrated web framework that you can use to build your next app or startup without having to spend weeks or months of precious time and attention adding in all the tools you’ll need to do it. Up until now, we’ve been building quickly and break…

We met four people who are building their products and startups on Redwood, three of which are launched

Danny began building Tape when Redwood was at v0.6

. It’s now a growing, multi-client product running on serverless infrastructure, being developed by a team.

Tape is available now, including both Free and Paid Plans:

Zak is the founder of Pullflow, which integrates Slack and GitHub to increase PR efficiency.

Pullflow is in a free, public beta for everyone to try!:

Snaplet is in free, public beta. And snaplet is hiring!

Orta talked about his process of evaluating many frameworks by first building several proof of concepts. He’s now working seriously on a side project he hopes to announce sometime in 2022.

🔐 Getting Started with Redwood Auth and Auth0 [Walkthrough]

Believe it or not, using authentication can be both simple and fun! In less than 5 minutes, Amanda showed us how to set up authentication using Auth0, including private routes and secure endpoints! She’s included the demo codebase and a blog post to set up Auth0 in the links below.

Did you know Redwood comes cache-ready out of the box? David and Kris show us how few line of code it takes to use a Redis cache with your serverless deployment. Performance. Boosted

Most of all, Redwood is a community of people collaborating on a project. Dom, Kim-Adeline, and Alice share their stories about how they first learned about Redwood and what it was like to get started as a contributor whether you’re new to JS, still in school, or have never contributed to open source before. Everyone is welcome!

You’re invited to attend the next Redwood Contributing Workshop in January. Want to take a first step as a contributor? We’ll help you make it happen:

Are you interested in contributing to RedwoodJS but need help getting started? Regardless of your experience or skill-set, you’re invited to participate! In this two-hour workshop, we’ll walk through everything you need to know: finding something to work on, setting up for local development, testing your code with framework tools + Gitpod, and opening a PR for discussion and review. Details Thursday, January 20th 8:30am - 10:30am PDT (15:30 - 17:30 UTC) Free with required registration Yo…

Did you know that every week Redwood Makers of all skills, backgrounds, and project stages get together to help each other? Everyone is welcome to join!

Keith and Kurt talk to us about their journeys as makers and how Maker Hour came to be. And Kurt shows us his project, CadHub, which he’s been actively deloping within the community of Maker Hour.

Attend a weekly Maker Hour in your Time Zone

Check out CadHub, a community for building building and sharing SCAD projects:

Tom gave us a preview of his GraphQL Galaxy presentation, " From GraphQL Zero to GraphQL Hero with RedwoodJS". Starting with an empty directory, he sets up a fully fledged GraphQL API in minutes flat. Plus, he shows how easy it is to use and create directives to clean up your code even more. You’re gonna love GraphQL even more once you make things Redwood Easy!

🥳 The After After-party: Q&A Discussion

We went well into overtime with those who stuck around for discussion and Q&A. There were several rounds of topics and lots of great conversation.

Next Steps with Redwood

Excited about Redwood and looking to dive in? We’re excited to have you! Here’s where to being.