Directory for context and reducer?

An opinionated way of managing the state in larger apps, having predefined places for all of your actions for example having a folder for you contexts and reducers.

Maybe even some cli command for creating new files related to this?

The core team what do you think?

Hey @guledali. I’m not a member of the Core team, but I’m interested in the topic of managing state in a Redwood app.

Can you describe in more detail what you’re proposing? Are you implying the use of Redux or Context or some other state management tool?

My assumption is that Redwood apps will mostly lean on the built-in Apollo Client for managing state in the app, at least as it relates to data coming from the server.

It does not matter if they pick hooks, redux, mobx or apollo. What I’m asking for, is a way of organizing this. This is what it means being “opinionated” everyone that uses your framework do stuff similarly.

My vision is for redwoodjs is that every projects looks the same and you as developer starting at new company using redwoodjs. You’re familiar with the basic structure of the application and able to contribute day-1.

Probably a directory like web/src/lib or web/src/utils could hold the code, which could then be imported into web/src/index.js, being opinionated about this, could feel restricitve IMHO. 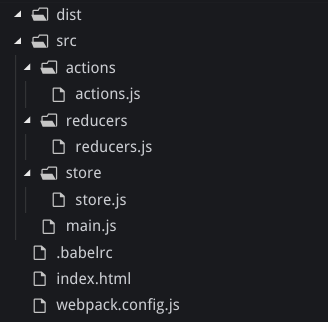 How do people organize apollo state management in large apps. Any common best practises/pattern out there that people are following?

I just took a look at the code and redwood is managing apollo client currently. It is mostly the defaults right now using apollo-boost, take a look here redwood/packages/web/src/graphql/index.js.

Redwood may have to expose some of this configuration for developers to tweak the default apollo cache/state/network config. In which case - would it make it ‘opinionated’ towards apollo and not redux? What about devs who prefer redux or mobx. Maybe some core team members can share their vision on state management and what redwood would provide out of the box and if they have any opinion on that at this point.

Maybe including a apollo store file in pages directory?

and compare it to https://reactjs.org/docs/hooks-reference.html#usereducer

It feels like the ”latter” is the easier one to understand and start implementing.

@gfpacheco That means every redwoodjs app would looks different and we are back to a bunch of complexity which we are trying to eliminate in the first place.

Redwoodjs calls itself opinionated framework that means it makes the decision for the teams. State management is important one to make architecture wise and also about the file structure. Redwoodjs has pre-defined place for graphql, components, layouts and services why not for managing the state?

I don’t know how you guys are using graphql but in my company everything we get from graphql we put in a store that can be shared between components.

I can see context having a special place in Redwood. But personally I keep my reducers within the components that use them.

I don’t think Redwood should be opinionated about everything. I agree that state management is really important and that’s why I see people ditching Redwood if it enforces a state management that they don’t like.

I can definitely see some plugins for each of them though (redwood-redux, redwood-mobx, etc). And those plugins could even include some generators.