I asked this question in the Envelop discussion area and they had some starting points: A Plugin To Manipulate Cookies? · Discussion #1006 · dotansimha/envelop · GitHub

But I get no output to indicate that it’s working…

Ah! I was not instantiating the plugin!

ok, so I’ve added request to the context

but my getCurrentUser in ./api/src/lib/auth.ts is not being called within those steps, and it’s not being passed anything…

Also, my services are not receiving the ‘context’ as expected from the Envelop plugin docs…

Hi @ajoslin103 I’ve read this and the issue on the Envelop repo but could you explain more about what you want to do and why instead of how.

Why do you need to manipulate a cookie? And why would you want to do that within the GraphQL lifecycle?

Also what do you want to store in a cookie?

As always, thanks for your time & attention !

I created a different kind of auth, one that uses the phone # as the username and a code [I just texted to that phone] as the password.

I had created it in 0.35 before the dbAuth showed up and I have to bring that code forward because it (for no reason I can figure out) won’t deploy to Netlify anymore.

I wanted it brought up to date anyway.

I’ve been trying to shoehorn the two together for a few days (about 2 days longer than I should have.)

I was storing my validation token in browser local storage, and I got that into the cookie easily – but my getCurrentUser isn’t being given anything. But I’m not using the .web side of the solution… So how could it work?

I just realized, while out leaf blowing, that I should just deploy dbAuth into a clean project and manipulate it for my own nefarious purposes

Actually, as I work my way thru this -

Flow: User enters their phone & clicks forgot, I send them a code & encrypt that into the hashedPasword and then redirect them to the login w/a toast saying to enter the code in as the password, User then enters the code and hits Login

Could you diagram this flow? The actors, the devices, the data, the info exchange. 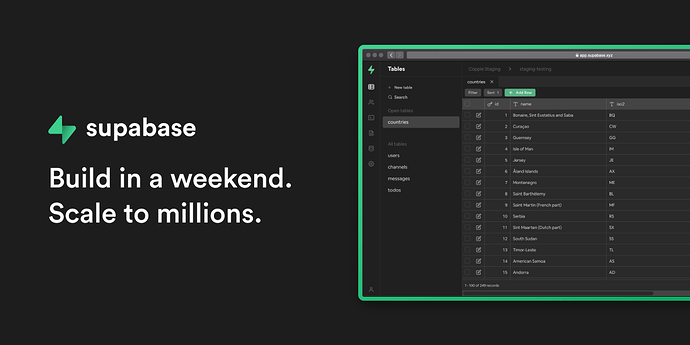 Log in an existing user, or login via a third-party provider.

Yes, I’ve seen that – but I’m not 100% happy w/the supabase (or firebase) experience to date – so they are now just my database.

This whole project has pivoted so many times it’s not funny.

Afterwards we can decide how much to save if any, assuming my insanity can be cured…

Do you have the latest updates to dbAuth that include forgot/reset password functionality? In the forgotPassword.handler() you could create a random password and put it in the hashedPassword field, emailing it to them: Docs - Authentication : RedwoodJS Docs

Although with the default flow can you just use the built-in resetToken method and let them set their own password when they come back to the site? I’m pretty sure that a security best-practice would be to make them change their password after you email them one in plain text, so if they’re going to have to change it away, you could let dbAuth handle it all automatically.

Again all this is “how” and still need to know the “why” and “what”. I ask only because I know some history here and there - if I recall - are two auth flows:

So, there’s this personal token sent to a third party that is used to look at (I think) Events to join.

It’s this second with flow that is cookie based – not the genre use login. And that’s why I am not sure any Auth here is really needed and why I want to know more about the what and why.

If the second user simply views and event of does 2-3 few things, then a secure serverless function could work as well depending on the complexity of this person’s interaction.

You could do a custom auth – just one auth provider – altogether and based on some header info, in the getCurrentUser decoded the token and either apply normal user auth flow or the custom flow where you verify the token.

Or you could add some audience claim the to JWT and one audience is app and audience is mobile and handle in getCurrentUser normally.

Lots of solutions - I could probably come up with 4-5 others to try and may or may not work - but first need to understand the purpose.

Apologies, as I was AFTK (try not to fall out of your chair, dear reader)

– scene: a dim pub, many empties on the table - whence a plan was hatched…

In the beginning, a few developer ages ago… There was one app serving two populations, event planners and event attendee’s

And, strange but true: t’was no UI for the attendee’s, they were neither a source of data, nor a consumer… They were to opt in via text and that was pretty much that. It would cost them pennies…

So I built it, and yet they were not inside… The whimsical winds of data availability had blown our dream away like so many clouds… So we had to pivot - the datasource promises had failed to fulfill. “Oh Sorry, didn’t you get the memo?”

And lo, the attendee was deemed Responsible (via the incantation of legal texts, hereafter known as the “fine print”) and we could Certainly start relying on the attendee’s as their own datasource, which meant that they were to have logins and a UI…

– narrator: RW 0.38.3 and dbAuth are working great for the event planners, for whom an email address is 2nd nature - we resume with more…

Aaaaannd so then the attendees had to have auth - and in the spirit of the original plan, that auth was to be as minimal as possible – even an email address was too much

By this point the Event Planner and Attendee were sharing the same Supabase postgres database – ( search for “rsync” [Github PR in motion] Help, I need two apps with one database! )

I got that working in 0.35 but it was a little cumbersome and the code was not as clean as I would have liked - and then the netlify deploy broke itself… (wouldn’t deploy after not being touched for a 45 days, wtf, WtF !!)

– scene: a lone dev making another fateful decision, then typing furiously for a week of days…

I named ‘phone’ as my username

So the attendee hits the Login page, and enters only their phone number

if that succeeds, then they exist and I can I kickoff the "sending of the code" in the ./api

If that fails then I await signUp({ ...data, password: nanoid() }) – note that the password is Irrelevant at this point, so I throw a guid at it for a fun obfuscation

That will succeed and I kickoff the "sending of the code" in the ./api

The attendee is then redirected to the Signup Page, where their [unmodifiable] phone number is displayed, and they enter the “code that they were sent”

If the code they send matches what is stored in the hashedPassword then they are considered logged in and all proceeds as normal.

“the sending of the code”

It doesn’t work… The salt and hashed values are somehow wrong?

What am I not understanding???

[thanks for your time and attention]

And so, it came to pass [the linter] and it was good

Give it another whack and things DO WORK !!

Make that linter happy, finish the 0.38.3 updates – finish some code I missed…