How strong is the dependency on Node v12, versus Node v10 for instance?

I was looking at ways to deploy a Redwood project to Google Cloud or Firebase using Cloud Functions, but their available node environments are v8 and v10 (which is still in beta…).

Are we looking at no possible deployment to Google until they catch up on node versions?

It’s not strong at all - we transpile - so we can modify the deployment target for both the @redwoodjs modules as well as a redwood project’s build artefacts.

We could bump it down to v10… but I’m wondering if it’s possible to figure out when they’ll upgrade to v12?

Given that their v10 environment is in beta, I doubt they’d switch to an earlier version soon… but I don’t have any access to that kind of information.

Maybe on your side you’d have the connections to find out?

However I was thinking that the target could actually be dictated by the module/plugin/… that’s in charge of deploying, if something of the kind was implemented?

Aside from the package.json engine requirements, it seems we could allow the target to be set in an App’s .toml

I have to believe Google Cloud will update to v12 soon. Node v14 comes online the last day of this month, v8 support dropped as of January, etc: 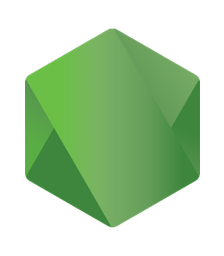 I will ping a friend of mine at Google about this. Not sure if he has connection to people at Cloud, but he might be able to provide direction.

Hmmm indeed looking at the release/support chart they have, it seems surprising they’re even supporting v8 still!

That Github issue from 4 months ago isn’t very promising though:

Node 12 is LTS since October 21 so it's time to provide support for latest LTS runtime.

The article being linked to could be an interesting alternative, although a bit more involved as it’s deploying their Functions framework to Cloud Run… but Cloud Run as a nice free tier of 50 vCPU-hours per month so why not:

Mostly bad news update per my research/conversation. v10 availability is probably a month out. v12 likely skipped. v14 would be up next for support. No ETAs.

Okay thanks for looking into it!

I guess Cloud Run is an option

Would be interested in having a way to specify the transpiration target!

Would be interested in having a way to specify the transpiration target!

Totes, I think we’ll need this. There’s no reason for us not to have it, I’ll write up an approach in GitHub and ping you when I’m done.

just realized the typo I made in my previous post

I swear it’s the autocorrect ^^